Phytoseiid mites associated with spider mites on hops in the Willamette Valley, Oregon

Densities and damage by twospotted spider mites, Tetranychus urticae Koch and levels of phytoseiid mites on hops were assessed in 34 commercial fields and at 11-19 sites of escaped hops in the Willamette valley of western Oregon in 1991-1992. Amblyseius fallacis (Garman), Typhlodromus pyri Scheuten, Amblyseius andersoni Chant and Metaseiulus occidentalis (Nesbitt) were most common. On escaped hops, T. pyri was more common than other phytoseiids. It occurred widely on plants surrounding commercial hops including blackberry and other rosaceous plants and probably is a vagrant on escaped hops. A. fallacis was most common in commercial hops making up 88% of all specimens, followed by many fewer M. occidentalis and T. pyri. Early spring survival of A Jallacis in commercial hops was poor because of certain cultural practices used in the spring. Means to improve biological control of spider mites on hops are discussed including amended methods of hop culture, use of selective pesticides and inoculative releases of predaceous mites. 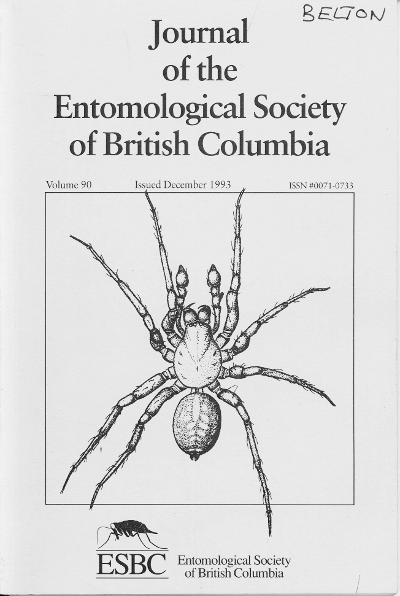 Vol. 90 (1993): Journal of the Entomological Society of British Columbia