The vertical distribution of mites and aphids on hops in southcentral Washington during the summer of 1993.

The distribution of a predatory mite, Galandronus occidentalis, was determined along with its prey, the twospotted spider mite, Tetranychus urticae, at five elevations on unsprayed hops grown on a 5-6 m trellis. The prey species was well established at all elevations when the study began on July 20, 1993. The predator did not reach the uppennost elevations sampled until two weeks later. Early in the study whole plant predator:prey ratios were 1:90 or more compared to 1 :20 in late August. Counts of hop aphids, Phorodon humuli Schrank, were also made. At high densities, hop aphids and resultant honeydew on leaves interfere with mite population development. Aphid densities of 100 or more/leaf occurred during the last three weeks of this study and reduced mite numbers. Identification of predator mites indicated ca 6% were Amblyseius (=Neoseiulus) fallacis (Garmen) wlUeh had not previously been reported on hops in Washington. 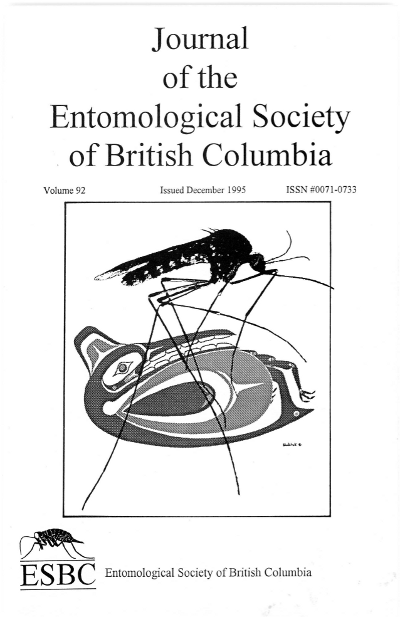 Vol. 92 (1995): Journal of the Entomological Society of British Columbia