Carabid beetles in commercial raspberry fields in the Fraser Valley of British Columbia and a sampling protocol for <i>Pterostichus melanarius</i> (Coleoptera: Carabidae)

Carabid beetles were sampled in 15 raspberry fields in the Fraser Valley of BC from April to September, 1994. At least 28 species were caught, but one, Pterostichus melanarius (Illiger), dominated with 80% of all individuals. Eight of the nine most numerous species (>200 individuals caught) were introduced in North America. Significant, 30-fold differences were detected between fields with respect to abundance of seven of these species. The differences could not be attributed to soil type, type of habitat at the edge of the field nearest the traps, or spray history. A sampling protocol for pest managers was developed in which 1 to 3 consecutive weekly samples during July provide a relative index of annual abundance of P. melanarius throughout the season. Traps should be set at a standard distance from the edge of a field because numbers increase with distance from the edge. At least 10 traps per field are required for reasonable precision. 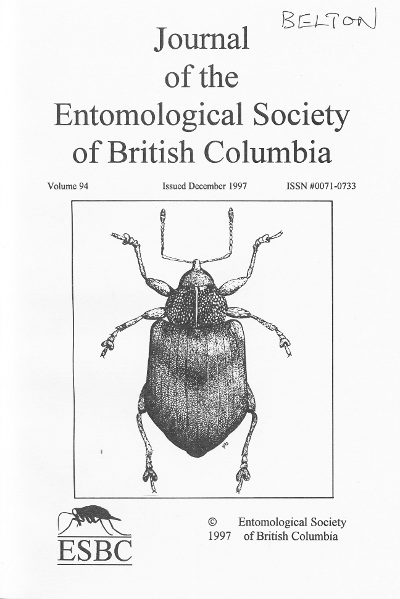 Vol. 94 (1997): Journal of the Entomological Society of British Columbia