Gyrinus cavatus and G. minutus (Coleoptera: Gyrinidae) in British Columbia with comments on their nearctic distributions

The distributions of Gyrinus cavalus Atton and G. minutus Fabricius in British Columbia (BC) were determined by examining adult specimens from a number of museum collections, Cyrinus cavalus appears to be restricted to the eastern half of the province except in the far north; G. minutus is more widespread. Outside BC, G. cavaills is widely distributed with a range extending from Newfoundland to Alaska and south as far as Kansas, with an apparently isolated population in southern Utah. Gyrinus minutus, although generally more northern in distribution, extends south along the Rocky Mountains as far as Colorado. 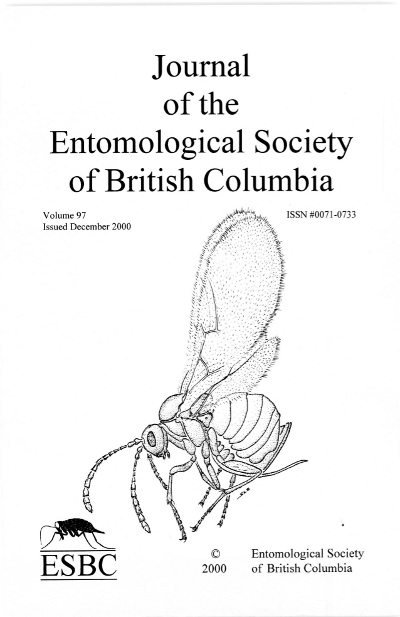 Vol. 97 (2000): Journal of the Entomological Society of British Columbia