Monitoring and predicting seasonal flight of <i>Orthosia hibisci</i> (Lepidoptera: Noctuidae) in the Okanagan and Similkameen Valleys of British Columbia

Seasonal flight activity of the speckled green fruitworm, Orthosia hibisci Guenee, was monitored from 1990 - 1993 with a commercial sex attractant in Pherocon 1-C sticky traps and UV light-traps hung in unsprayed apple orchards in the Okanagan (Summerland and Kelowna) and Similkameen Valleys (Cawston). Flights in the Similkameen began in late February each year but not before the second week of March in the Okanagan. Catches with sex attractant peaked around the end of March or early April in the Similkameen and peaked about 5 - 14 days later in the Okanagan. Males were caught earlier in light-traps than in sex-attractant traps, but females were caught in light traps about 6 days after the first males were caught with the sex-attractant. After this time lag, female catches in light traps paralleled male catches. Moths were caught in light traps for 1 - 2 weeks after catches with sex attractants had ended. Weibull functions were fitted to curves of cumulative percent catch with sex-attractant traps plotted against days or degree-days above 3°C air temperature (DD3°C) using Summerland traps. Among models fitted to the Summerland data, one using DD3°C after 1 January was the best predictor of flight activity in Kelowna and Cawston, where the errors in predicting 50% catch were about 1 and 2 days, respectively. A model using the date of first catch in a sex-attractant trap to start DD summations, called the biofix because it serves as a biological indicator of moth activity, predicted 50% catch within 3 - 4 days. The biofix model is recommended because it provides biological realism and less chance for error in years with unusual weather conditions. Models fitted to 10 data sets combined, predict that 50% catch will occur 166 DD3°C after 1 January, and 96 DD3°C after biofix, respectively. These models should aid in timing pest control measures, especially biorational pesticides that require accurate information on insect phenology to be most effective. 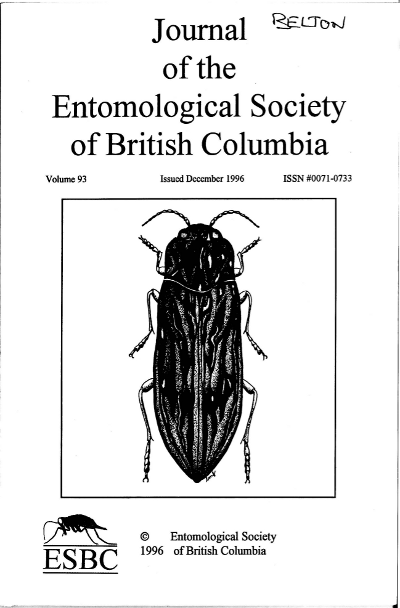