Geographic and temporal distribution of Agriotes obscurus and A. lineatus (Coleoptera: Elateridae) in British Columbia and Washington as determined by pheromone trap surveys

Initial and peak catch of male Agriotes obscurus (L.) in pheromone traps in the lower Fraser Valley of BC occurred 15.6 and 18.7 days, respectively, before A. lineatus (L.). Both A. obscurus and A. lineatus were taken in pheromone traps from each of 77 fields monitored throughout the lower Fraser Valley during 2000 and 2001, expanding the known ranges of both species. No specimens of either species were taken in pheromone traps set at 56 sites distributed throughout the Okanagan, Similkameen and Nichola Valleys in 2000, but one specimen of A. lineatus was found in a private collection that had been captured near Merritt BC. This is the first record of A. lineatus in BC outside of the lower Fraser Valley. Of nine counties surveyed in Washington State in 2000, A. obscurus was taken in traps at several sites in Whatcom county, especially along the Canada/US border, and A. lineatus was taken at several sites in Whatcom, Snohomish and Pierce counties. 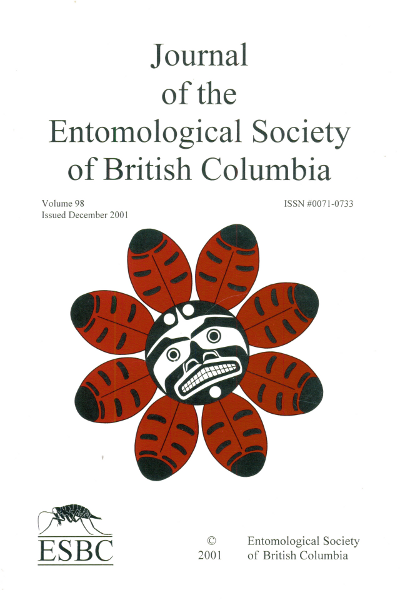 Vol. 98 (2001): Journal of the Entomological Society of British Columbia